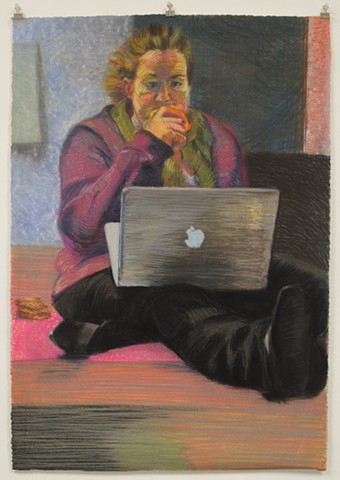 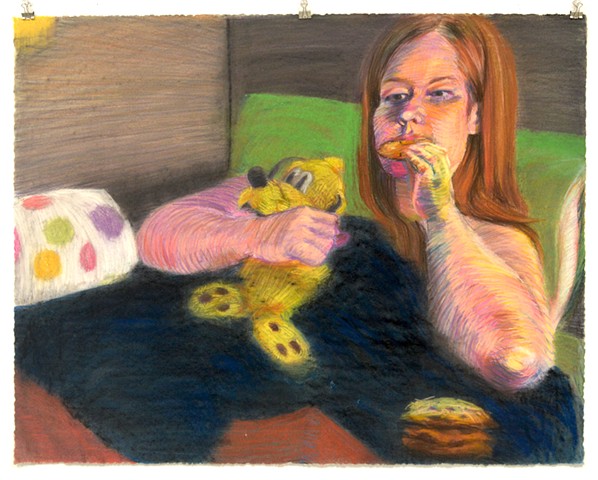 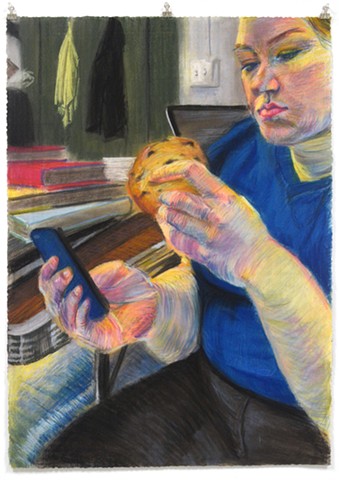 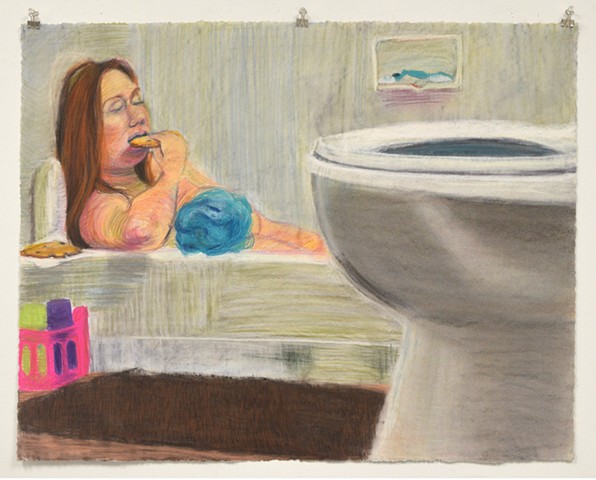 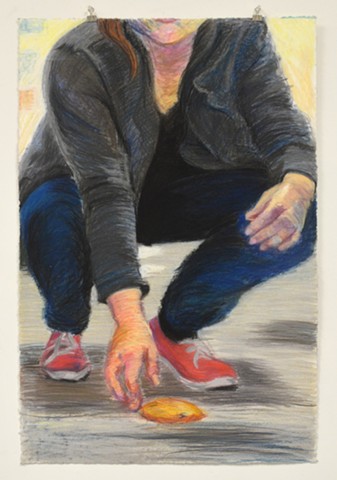 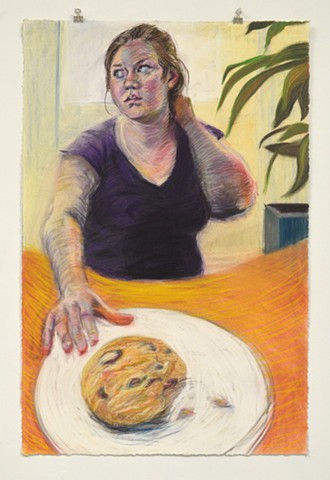 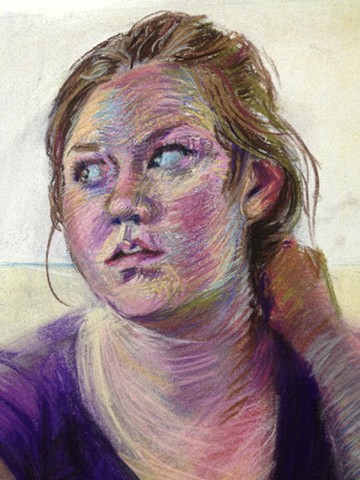 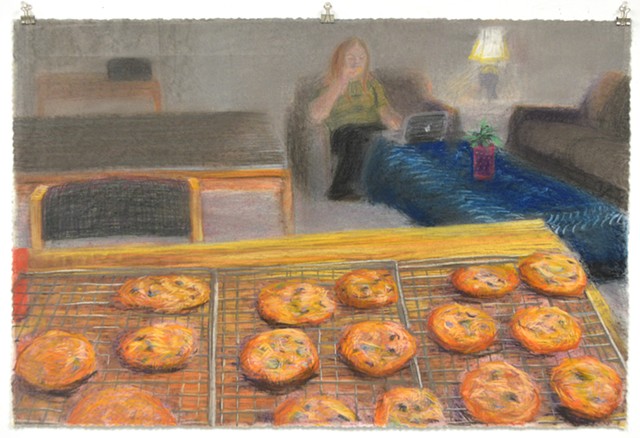 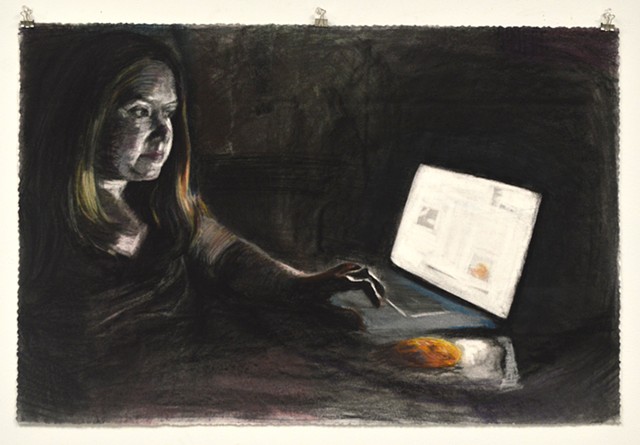 This series of self-portraits was made in response to my increased self-awareness of ways in which I irrationally consume large quantities of chocolate chip cookies. Before I started this series of drawings I had been doing pretty well on a low-carb diet, so I decided I would have no problem baking chocolate chip cookies to send to my long-distance boyfriend for Valentine's Day. But when a blizzard hit and I was unable to get to the post office, I was alone with the cookies and could not resist the temptation. I ate one or two, which wasn't a big deal. But then, the sight and the smell was too much! I caved, eating in under an hour every single cookie that I had lovingly baked for my boyfriend. I consider this series to be an honest and humorous attempt to show the lengths I have gone to, on more than one occasion, to indulge in cookies as a compulsive reaction to stress, anxiety, working under pressure, or impulsive distraction to boredom. If you also happen to notice the parallel portrayal of a mindless consumption of technology at the same time, then you are getting a glimpse of how I make comparisons and connections between different behaviors with correlative roots.